The Katana is the long curved sword worn and used traditionally by the Samurai. It would usually have been paired with a shorter sword, the wakizashi. The two swords together were a symbol of the power and social status of the wearer, as well as being lethal weapons. The katana was the main sword of combat, while the wakizashi would have been used for close up defence and also for seppuku, the act of ritual suicide. The katana is worn with the cutting edge facing upwards, and is most often used with a two handed grip.

The very best swordmakers in Japan were able to create blades of astonishing sharpness and strength, due to the particular methods they used to anneal the metal, creating a hard cutting edge without the blade becoming so brittle that it would easily break.

There are many cheap katana available that are decorative, but not suitable for kata practice, as the sword must be balanced in the hand and correctly constructed. Good katana can be bought for kata practice. It is important to find one that suits the owner, for length and balance. Many kata swords have a blunted edge, making them safer to use but without spoiling the effect.

A good katana suitable for the practice of kata is an expensive item of equipment to buy, and lower grades are not expected to own one. Instead, the first sword katas learnt are practised with a bokken, a wooden sword usually with a tsuba (guard), and sometimes with a matching saya (scabbard).

The main kata taught for the sword are a set of 8, which include drawing the sword from kneeling and standing positions, and finishes with the number 8 Long Standing kata. 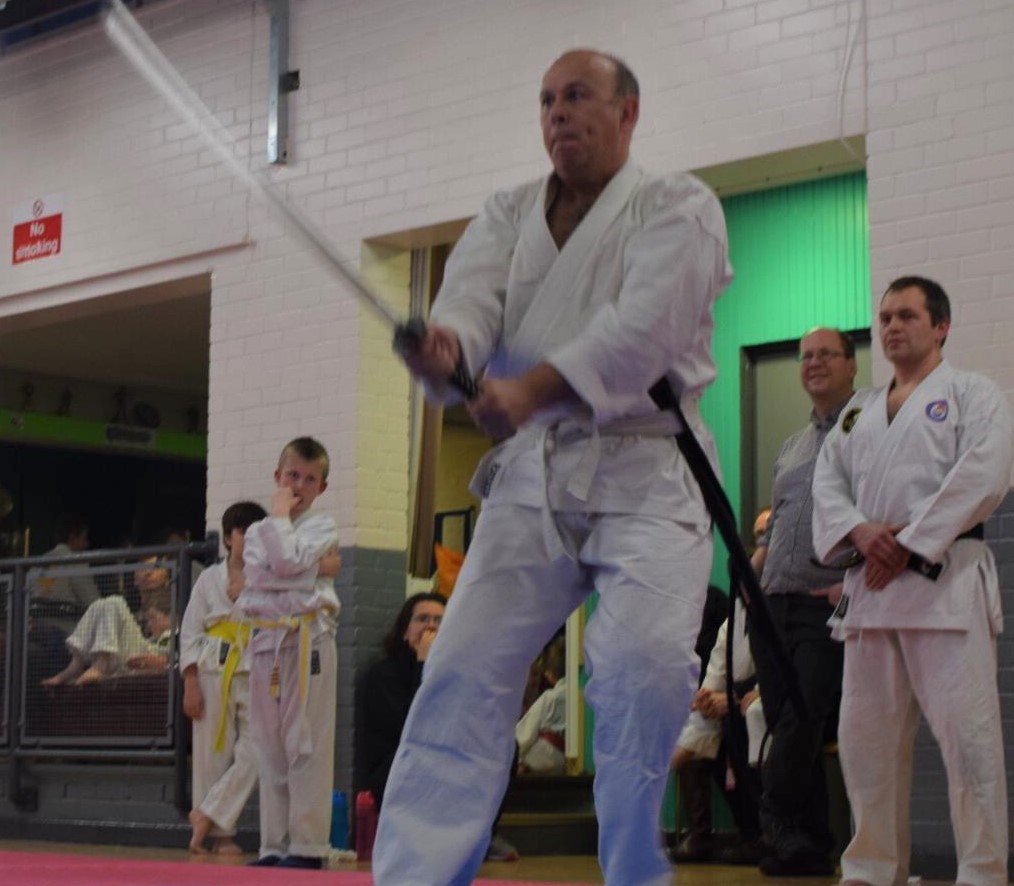