He began his training at High Wycombe in 2009, having previously been an assistant instructor and 2nd Dan black belt in Tae Kwon-Do.

Dan has been a qualified coach since October 2015, and has officiated at international open tournaments. He has a particular interest in the practical self-defence applications of the art, and enjoys weapons training, holding a Level 4 kobudo grade.

He has cross-trained in a variety of other martial arts including judo, bojutsu and eskrima, and continually seeks to expand his knowledge. 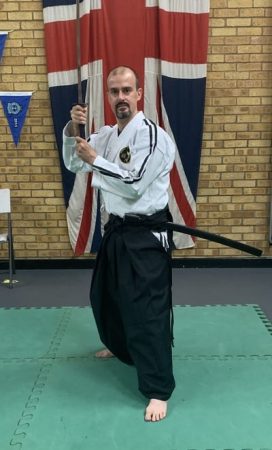